Bangkok Attractions – Your guide to Bangkok 2021

Bangkok is a city packed with interesting, affordable and luxury shopping experiences in the myriad of malls and street markets that flourish in the Thai capital. Step outside the city confines and you’ll encounter a whole new shopping experience on a visit to one of many floating markets in Bangkok. Traditionally these markets thrived with local custom when Thailand really was the Venice of Asia. Today many of the waterways have been filled in and the markets are often tourist focused, but even so, a visit is still a great way of purchasing fresh food in a slightly quirky environment.

Whether you choose to visit one of the floating markets that are closer to the city, or venture further afield, you can be eating traditional food that’s been prepared on a boat in no time. We’ve selected a few floating markets in Bangkok to give your just a taste of the full flavour of these must see shopping venues.

This one of the closest floating markets to Bangkok city itself, although it’s still a few kilometres away. Taling Chan is small and still fairly traditional. It isn’t a sprawling network of canals with boats moored along them. The boats at this floating market in Bangkok are positioned along the edge of the pier and it is perhaps more like a riverside market. That being said you do have the opportunity to take a short boat trip while you are there, after which you can sit and relax with one of the sea food snacks that the market is famous for. After your food you can take to the shade of the trees and enjoy a foot massage. One thing to be aware of at Taling Chan is that there may be mosquitos about, so dress appropriately and be prepared.

If you’re looking for floating markets in Bangkok then Wat Sai is only about a half hour drive from the city centre. The old floating market here was a thriving centre for locals to gather at, and a popular tourist sight, until the construction of new roads led to the site being abandoned. Wat Sai wasn’t that easy to shut down though and its recent resurgence has brought life back to the area. You can take a trip along a canal to enter the market and the trip itself is eye opening. You get to see Thai life close up as it unfolds before your eyes. Once you reach the market itself the food is the stand out experience with plenty of fresh local produce for sale.

Situated in the same district as Taling Chan, Khlong Lat Mayom is one of the more recent additions to the list of floating markets in Bangkok. Ironically it has more of a traditional feel than some of the larger, long established floating markets. This is largely due to the fact that it isn’t a major tourist spot just yet and is more favoured by the local people. That isn’t to say it doesn’t get busy from when it opens at 8am on weekends and public holidays, so it’s best to get there early. Khlong Lat Mayom was opened as a local initiative following the success of Taling Chan, and it prides itself on having a larger selection of locally grown organic produce than the other market. The wide variety of stalls at the market are situated both on land and on water. You can take your time wandering along the canal bank, or through an orchard, while perusing the products on offer. If you want to extend your trip, and travel a little further afield, you can embark on a 90 minute boat trip which takes you to see some of Thailand’s rural life.

Whether this should actually be referred to as one of the floating markets in Bangkok is open to debate as a lot of the stalls are actually located in wooden shop houses along wooden walkways either side of the Samrong Canal. However, there is water based activity and there is an effort being made to do more vending from boats. Bang Phli floating market is located 29 kilometres (18 miles) from Bangkok city centre but is relatively easy to reach. You can take a Skytrain to BTS Bearing then hire a taxi for the twenty minute ride to Bang Phli.

If you want to see traditional Thailand then it’s definitely worth the trip. You won’t find as many goods catered to tourists and you won’t hear a lot of English spoken, but you will get the chance to mingle with local people and eat great tasting locally produced food. While you are at the site you can take time to visit the local temple which is home to a famous Luang Pho To image. Travel to the area in October and you may see the lotus throwing festival where a copy of the image is placed in a boat and paraded up and down the water as local people line the banks and throw lotus petals at the boat.

This floating market is a little further from Bangkok city centre, approximately 50 kilometres (31 miles), but it’s well worth the journey which tales approximately one and a half hours. One way of getting to Amphawa from the centre of Bangkok is to take a bus from the Southern Bus Terminal to Samut Songkram town and then hire a local songthaew, or shared taxi, to take you the rest of the way. You also have the option of hiring a taxi to take you the entire journey but you should remember to negotiate a price before you leave. Once you reach the market, which lies on the Amphawa canal, you’ll find it’s catered a lot more for Thai natives than foreign nationals, with the emphasis on Thai favourites, such as arts and crafts postcards and quirky cute clothing. This is part of the attraction of Amphawa; you’re not greeted by a wall of tacky tourist souvenirs. There’s no doubt that there is a tourist element to this market but a lot of the tourists are from within Thailand.

If you want to visit a traditional floating market in Bangkok then Damnoen Saduak may not be your thing; it’s a tourist haven and is home to throngs of foreigners at weekends. To get to the market from Bangkok you need to board a bus at the Southern Bus Terminal; the journey takes approximately two hours. Of course you can also barter with a local taxi driver to establish a reasonable fare for the round trip. You need to be aware that when you get to the Damnoen Saduak area you will be approached to join several boats trips to the market. It’s far cheaper and quicker to catch a bus or take a taxi and then hire a boat to take a short trip later if it’s something you really want to do. Once you get to the market it’s a fun experience and very tourist savvy. You’ll be able to take photographs of the endless array of boats and the local ladies with their wooden sticks that they use to take the money from you and pass you your purchase. Damnoen Saduak is the tourist spot of floating markets; it’s not the most traditional, but you will have some great photos of your trip.

From our selection of floating markets in Bangkok there is one to suit most tastes, from traditional and rural to huge tourist attractions. We’ll leave you with a few things to remember when visiting floating markets. Bartering is good and it’s probably better to check out the local products and steer away from items mass produced for tourists. The weather can be hot, so if you’re travelling on a boat it’s an excellent idea to find one that has some sort of cover for shade. Finally, some of the waterways can get crowded so keep your hands close to you and be careful that you don’t get your fingers trapped between boats. 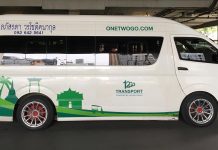 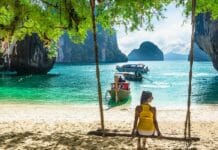 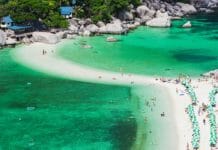 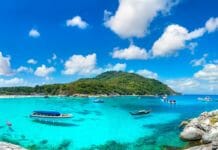 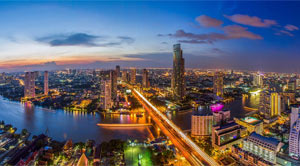 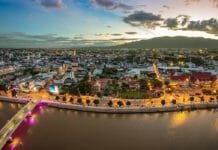 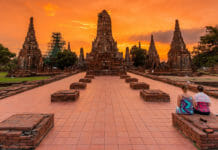 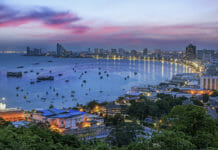 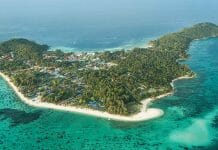 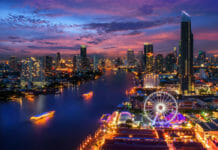 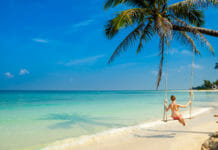 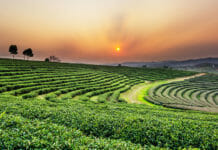 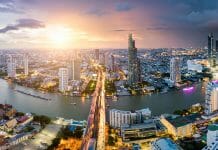 ABOUT US
Bangkok Attractions is made by people who want to share their experiences to the world and give something back to the city we love.
© Copyright BangkokAttractions.com 2016-2022